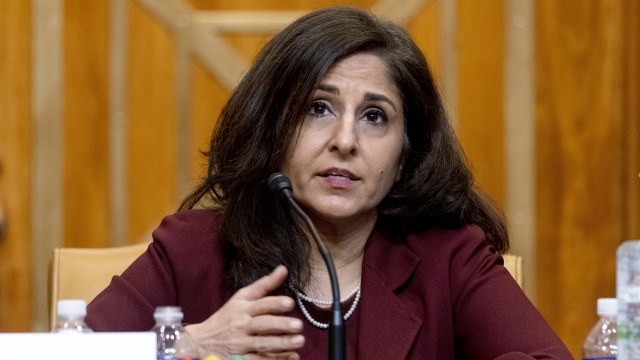 SMS
Neera Tanden Apologizes For Attacking GOP On Twitter
By Newsy Staff
By Newsy Staff
February 10, 2021
Neera Tanden is President Biden's nominee to lead the Office of Management and Budget. Her position requires approval from the Senate.
SHOW TRANSCRIPT

President Biden's nominee to lead the Office of Management and Budget is facing criticism for her attacks against Republicans on social media. Neera Tanden apologized for her past actions.

"I know there have been some concerns about some of my past language in social media, and I regret that language and take responsibility for it. I understand that the role of OMB director calls for bipartisan action, as well as non-partisan adherence to facts and evidence."

She could face a more difficult battle from Republicans than President Biden's other nominees, but it appears she still has full Democratic support.

Her position requires approval from the Senate.