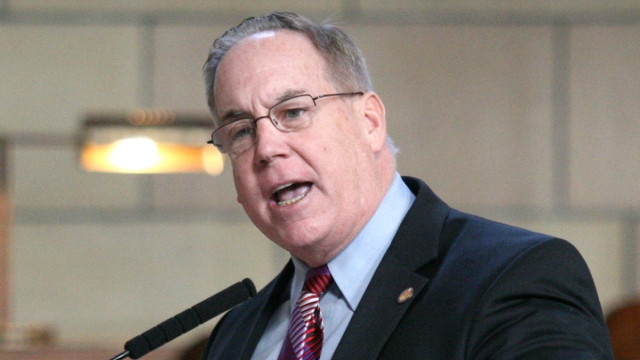 "To paraphrase Richard Nixon, you won't have Bill Kintner to kick around anymore," Kintner said.

It all started when Kintner retweeted a post that implied Women's March participants are too unattractive to sexually assault.

Almost immediately, the retweet drew fiery criticism from both the public and his fellow senators.

In response, Kintner deleted his Twitter account and said in a statement, "By retweeting a message, I was not implying support for putting women in fear of their personal safety. I took down the retweet as soon as I became aware that it was being misconstrued."

But the damage was already done. Before Kintner announced his resignation, lawmakers planned to debate expelling him from the legislature.

Kintner's behavior had been called into question before. Last year, he was ordered to pay a fine after he admitted to using a state computer to trade sexually explicit messages and videos with a stranger.