Nearly Half Of U.S. Population Has Received 1 COVID Shot 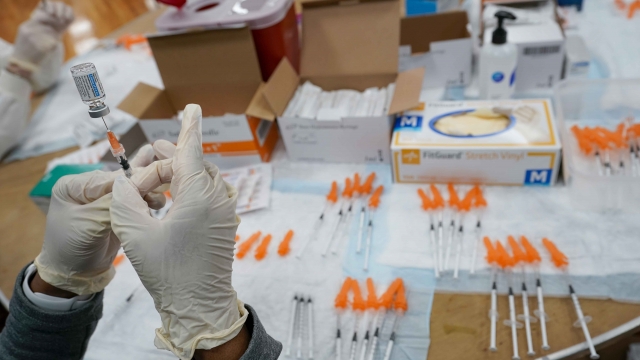 SMS
Nearly Half Of U.S. Population Has Received 1 COVID Shot
By Simon Kaufman
By Simon Kaufman
May 24, 2021
The country reported fewer than 25,000 daily cases for the first time since June.
SHOW TRANSCRIPT

Six in ten adults in the U.S. have received their first shot of a vaccine and nearly fifty percent of the entire population is vaccinated.

Cases and deaths are hitting their lowest levels in a year in the U.S.

The country reported fewer than 25,000 daily cases for the first time since June.

The former head of the FDA says as vaccinations go up and cases drop, it'll be up to each person on what precautions they take.

Scott Gottlieb said: "We're going to have to protect ourselves based on our own assessment of our risk and our own comfort. And so if you're unvaccinated, you're going to be at higher risk. If you're in a high prevalence area where there's still a lot of infection, you're going to be at higher risk so I think people may need to make individual assessments of their risk as they make judgments about what they should and should be doing – like wearing a mask in an indoor setting and also judging the setting. If it's sort of, you know, a crowded setting with a very mixed population, you don't know a lot of the people, that's different than getting together in a household where you know a lot of people are vaccinated."