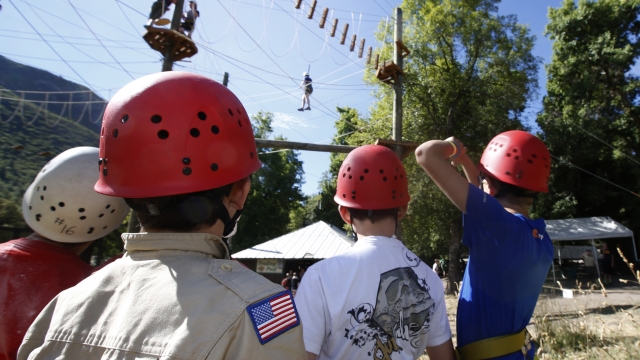 Nearly 8,000 Boy Scout leaders are accused of sexually abusing over 12,000 children between 1944 and 2016, according to a victims' rights law firm called Jeff Anderson & Associates.

Those numbers come from the testimony of Dr. Janet Warren, a professor hired by Boy Scouts of America to review the so-called "perversion files," which she looked over for five years.

In a statement sent to Newsy on Wednesday, BSA said "every instance of suspected abuse is reported to law enforcement." It also said the organization has mandatory youth protection trainings, that it conducts criminal background checks, and that it has a Volunteer Screening Database designed to stop people accused of abuse or inappropriate conduct from participating in the program.

BSA said: "Nothing is more important than the safety and protection of children in Scouting and we are outraged that there have been times when individuals took advantage of our programs to abuse innocent children."

At a press conference Wednesday, Warren defended BSA, saying its database has worked "very well" and that "data demonstrated that the scouting program is safe." She also said she didn't find any evidence of a cover-up by BSA.

Boy Scouts of America had previously been forced to release a portion of the records detailing accusations of abuse in 2012.

Attorneys with Jeff Anderson & Associates released the names of around 50 accused abusers at a press conference in New Jersey on Tuesday and demanded the organization release the identities of all those accused in the state.

The firm said it plans to file lawsuits in New York and New Jersey. In New York, a new law going into effect Aug. 14 will extend the statute of limitations for child sex abuse and allow more victims to take legal action. Lawmakers in New Jersey have passed similar legislation, which is expected to be signed by the governor.