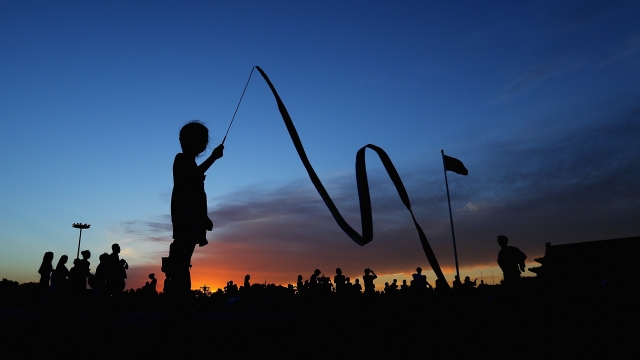 Nearly 600,000 children under the age of 5 die every year from diseases caused by air pollution.

And millions more live in places where they could easily meet the same fate.

According to a new report published by the United Nations Children's Fund, about 300 million kids around the world are breathing highly toxic air. The report cites numbers from 2012.

The majority of these children live in South Asia, where air pollution has reached levels at least six times higher than what the World Health Organization has deemed safe.

Because young kids' lungs and brains are still developing, toxic air can cause serious health problems.

Tiny particles found in air pollution can enter the bloodstream and increase the risk for cardiac disease, stroke, heart failure, asthma and pneumonia, among other issues.

It even affects children who haven't been born yet. The report says pollutants can harm a developing baby's lungs and brain and even cause miscarriages and low birth weights.

UNICEF's report was released just days before the U.N. Climate Change Conference is set to begin in Morocco. The organization is urging world leaders to start taking steps to reduce air pollution in their countries.

According to CNN, UNICEF is asking lawmakers to reduce fossil fuel combustion, invest in energy efficiency, give more children access to the health care they need and keep schools away from factories and other sources of pollution.

About 7 million people around the world die from air pollution-related causes each year.