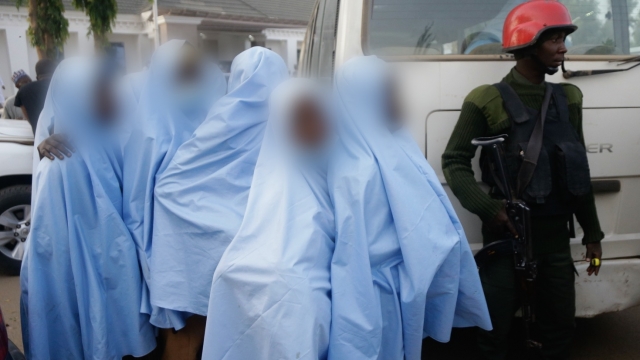 Nearly 300 Nigerian schoolgirls who were kidnapped by gunmen last week have been freed, according to local officials.

"The girls — you can assess their condition themselves. They are healthy and happy," said Abutu Yaro the police commissioner of Zamfara state, where the kidnapping occurred.

The girls were abducted on Friday from a boarding school in the increasingly lawless northwestern part of Nigeria — where another brazen school kidnapping happened just the week before.

Such mass abductions by armed groups demanding ransom are rising in the struggling region, terrorizing kids and parents.

"The compound effect of all of this is just horrific for a whole generation of children currently at school," said Peter Hawkins, UNICEF Nigeria representative.

Unlike the jihadist rebels of Boko Haram who kidnapped hundreds of Nigerian schoolgirls in 2014 partly because they oppose western education, the new criminal groups have no such ideology — and only want to make money.

Local officials wouldn't say if they paid a ransom to release the girls but promised more security at all schools.