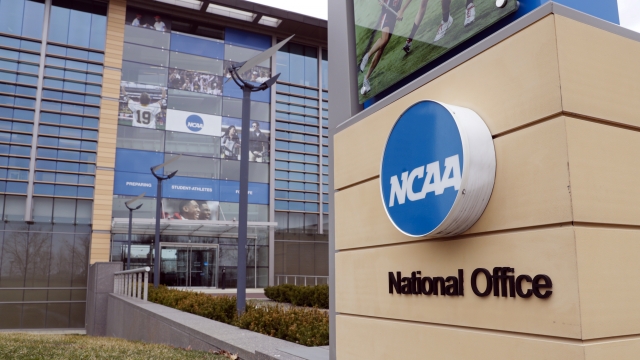 SMS
NCAA Supports Student Athlete Compensation Plan
By Gage Jackson
By Gage Jackson
April 29, 2020
The Board of Governors is moving forward to develop rules that would allow student athletes to profit off their names, images and likenesses.
SHOW TRANSCRIPT

The NCAA's top governing body has taken an unprecedented step to allow student athletes to profit off their names, images and likenesses.

In a meeting this week, the Board of Governors moved forward with a proposal that would allow student athletes to receive endorsements and compensation as long as the schools they attend are not involved in any payments.

This includes social media influences, advertisements and personal appearances. But, don't anticipate it to open the doors to a completely free market just yet.

The board emphasized that at no point should universities pay or compensate student athletes in any way. They also do not want student athletes being used to influence recruiting or boosters at their respective universities. There are also some expected legal issues that would prevent them from profiting off video games and other products.

During the 2016-2017 academic year, the NCAA raked in more than $1 billion in revenue, most of which coming from the Division 1 men's basketball March Madness tournament.

Ohio State athletic director Gene Smith, a co-chair for the working group, said the proposed changes will be thoroughly discussed in the coming months with a vote likely occurring by next year.

He said, "The NCAA’s work to modernize name, image and likeness continues, and we plan to make these important changes on the original timeline, no later than January 2021."

Last year, California passed a "Fair Pay to Play" law scheduled to take effect in 2023. It would bar colleges from punishing athletes for accepting endorsements or getting paid for their popularity. More than two dozen other states introduced similar legislation shortly after.

The NCAA Board of Governors intends to ask Congress to pass federal legislation that would override individual state laws and keep all schools under the same requirements.