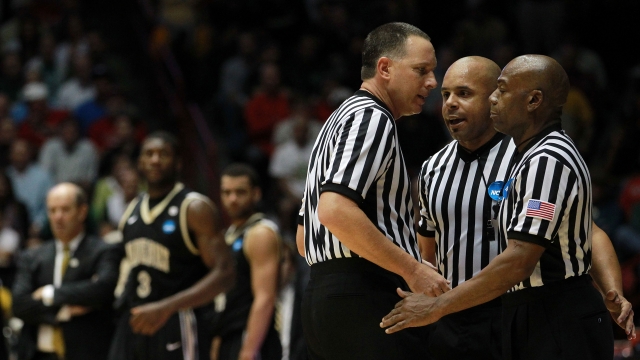 SMS
NCAA Referees Have Their Own Sort Of March Madness
By Carter Woodiel
By Carter Woodiel
March 18, 2017
Just like the teams they officiate, referees' Final Four dreams are also on the line. Only a few get to call the year's biggest games.
SHOW TRANSCRIPT

NCAA officials are probably the last thing you think about during March Madness — unless one makes a bad call against your team.

But the refs and the players have something in common: They're all competing for a spot in the Final Four.

The NCAA wants to make sure the best referees work the biggest games of the year. And any basketball fan will tell you, no ref is perfect.

So when it's tournament time for teams, the NCAA also has a sort of tourney for refs.

The referees working the first two rounds don't find out if they'll work the next two until a couple days later. Once the Elite Eight is done, the NCAA picks the refs for the Final Four. 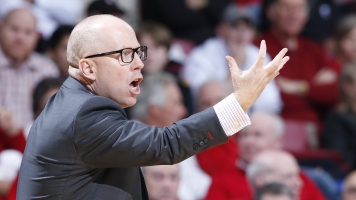 Coach Says NCAA Bracket Seeding Is Rigged. Is There Any Truth To That?

The refs are specifically chosen by a team of scouts, both at the game in person and watching on video.

Then, they're randomly assigned to first and second-round games, where they hope to do well enough to advance to the next round.

"The boss said, 'What do you think?' And I just said, 'I'm pinching myself,'" longtime NCAA referee John Higgins said of his first Final Four assignment. "And you just — it's kind of a dream come true."

It's a dream not many get to realize. In 2014, Division I hoops had 838 referees. A hundred of those were picked for the first two rounds of the tournament. Only 40 made it to the Sweet Sixteen or Elite Eight, and only 10 made it to the Final Four.

So the championship game is a culmination of the referees' work, just like it is for the players'. Although, the refs are probably fine if they don't get quite as much attention.