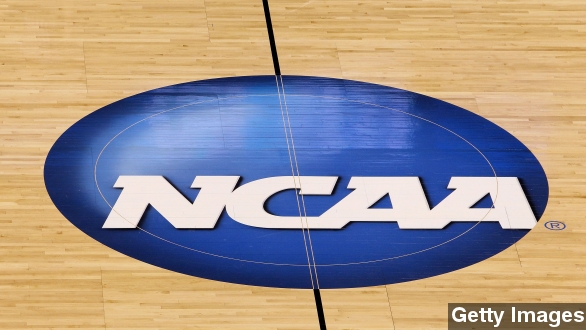 By Ben Lawson
August 9, 2014
A federal judge ruled the NCAA can't stop universities from paying players for the use of their likenesses in games and other products.
SHOW TRANSCRIPT

Friday, a federal judge made a monumental ruling claiming the NCAA violated antitrust law by not allowing major college football and men's basketball athletes to get paid for the use of their name, image or likeness.

In the 99-page ruling, Judge Claudia Wilken determined the "justifications that the NCAA offers do not justify this restraint and could be achieved through less-restrictive means."

The ruling may let college players collect earnings for the use of their images in "videogames, live game telecasts, and other footage." (Video via YouTube / SportsGamerShow)

"The lead plaintiff from the suit was Ed O'Bannon, former basketball player at UCLA. He filed the anti-trust class-action suit against the NCAA because of a  video game that had a video likeness of him, looked exactly like him including his left hand shot."

To be clear, this ruling does not mean athletes are getting paid to play, and the NCAA can limit the compensation schools give to players.

The minimum allowable compensation will be the cost of players' attending school. Schools can also set up a $5,000 per year trust fund for players, but those funds can't be spent while the player is in school. The NCAA can also enforce rules saying schools must pay all players equally.

SB Nation writes this is better for the larger schools who can afford to pay their entire recruiting class the minimum $5,000, but hurts the mid-sized schools that could have adjusted payments based on the value of the player. But the NCAA had arguments of its own.

"During the trial, the NCAA argued that moving away from amateurism would result in an uneven playing field between the schools and conferences."

Unsurprisingly, the NCAA’s chief legal officer ​said in a statement that the association disagrees with the court's decision.

But the ruling wasn't all bad for the organization. Wilkens didn't lift a ban on student-athletes receiving money ​for commercial endorsements, because doing so would undermine efforts to protect the students against "commercial exploitation."

But Fox Sports reports the NCAA still plans to appeal. College football analyst and attorney Clay Travis pointed out the NCAA has been accused of violating antitrust laws before in a case that went all the way to the Supreme Court.

"You could start seeing a lot of comparisons to what happened in 1984. ...  Georgia and Oklahoma sued the NCAA over the television rights packages and said the NCAA should not be able to control what is sold and what is shown on television."

The two schools won that lawsuit, allowing conferences and schools to market their gear and on-air time individually.

So how could this ruling affect all you college men's basketball and football fans? Well, it won't really.

But it will affect video game players. EA stopped publishing video games based on NCAA sports after it was sued for not paying players whose likenesses were used in the games. The company settled for $40 million.

But SB Nation reports EA executives would like to continue making the game series and is completely fine with paying players. So maybe this recent ruling could result in a return for the popular game franchise.

But surely some of you are wondering why the ruling specifically focuses on football and men's basketball? What about other collegiate sports and women? Well, an analyst for ESPN basically pointed out what some might take as the obvious.

"I mean, yes, tennis players and swimmers work very hard at their sport. ... But they're not at the middle of the media enterprise. And the court clearly recognized that. This is a business, this is a commercial enterprise, lets just cut to the chase."

The new NCAA ruling will begin to take effect after recruitment for the 2016 college season.