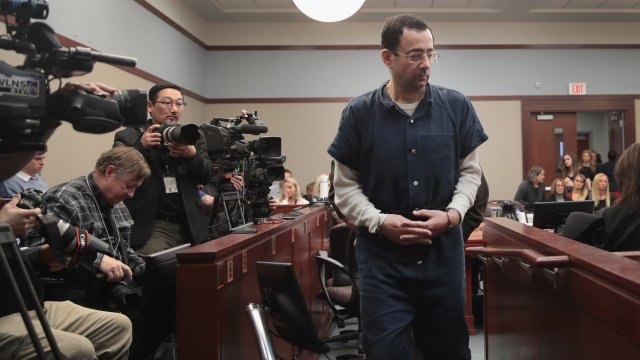 The organization said in a statement, "The NCAA has sent a letter of inquiry to Michigan State University regarding potential NCAA rules violations related to the assaults Larry Nassar perpetrated against girls and young women, including some student-athletes at Michigan State."

A spokesperson for Michigan State told ESPN the university is reviewing that letter before it issues a response.

Nassar has been accused of sexually assaulting dozens of women and girls. He worked with USA Gymnastics and Michigan State University for nearly three decades before he was fired.

Nassar is expected to be sentenced this week on seven first-degree criminal sexual abuse charges. He faces up to 125 years behind bars.