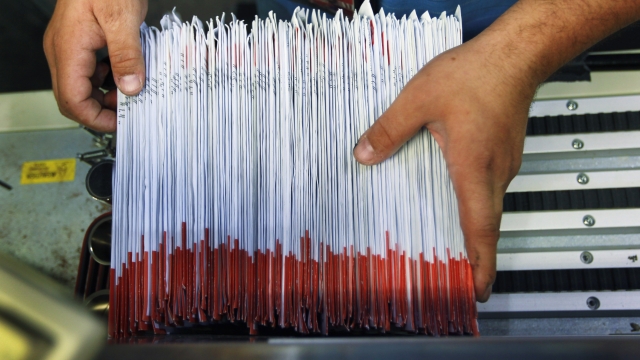 A political operative in North Carolina's unresolved congressional race has been arrested and indicted on criminal charges in connection with elections in 2016 and 2018.

Dowless, who was paid to work on Republican Mark Harris' 2018 House campaign, is the central figure in an apparent election fraud scandal that took place in North Carolina's 9th Congressional District last year.

Harris was initially declared the winner of that race after beating Democrat Dan McCready by less than 1,000 votes. But some voters said Harris' campaign collected and finished their absentee ballots, which is illegal. North Carolina's State Board of Elections refused to certify his win and opened an investigation into whether Harris' campaign tampered with ballots.

But the charges Dowless is facing aren't linked to the 2018 general election — investigators are still looking into that. This week's indictment stems from the 2016 election and the 2018 primary.

As for the 2018 general election, North Carolina's election board held a hearing and decided to hold a new election. The board has yet to set a date for the new election, which also includes a new round of primaries.

McCready has already announced he's throwing his hat into the ring again, but Harris is dropping out due to health issues.