North Carolina GOP Chairman Says Another Election May Be Necessary 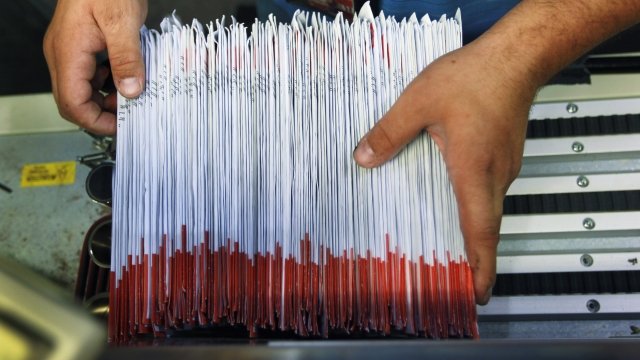 A GOP operative has been accused of withholding 800 absentee ballots in North Carolina's 9th Congressional District race, and the state Republican Party's chairman says if that's true, another election will be necessary.

North Carolina's election board is looking into allegations of absentee ballot fraud in the race between Democrat Dan McCready and Republican Mark Harris. Namely, it's investigating whether a man working with Harris' campaign destroyed, filled out or otherwise mishandled absentee ballots. On Tuesday, a North Carolina man signed a sworn affidavit saying he'd seen that campaign operative with hundreds of ballots before voting closed.

For another election to take place, a majority of the board has to agree that enough ballots were withheld to affect the race's outcome or agree the election was otherwise unfair, according to the Charlotte Observer. An evidentiary hearing will be held some time between now and Dec. 21.