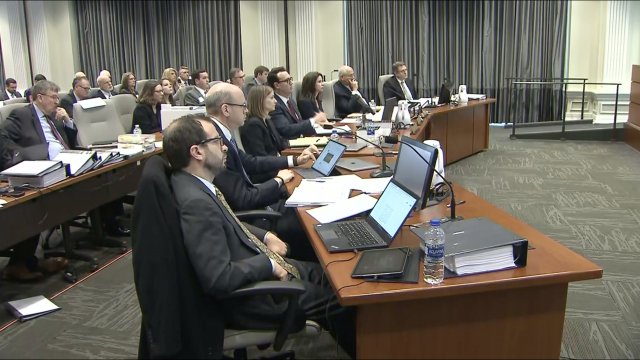 Over three months after the midterm elections, officials in North Carolina are still trying to determine who won the race for the state's 9th Congressional District.

On Monday, the North Carolina State Board of Elections started a hearing to decide whether it can declare a winner or if it needs to order a new election.

The contested race is between Republican Mark Harris and Democrat Dan McCready. The latest count shows Harris leading by 905 votes, which is equivalent to a lead of just 0.32 percent. But the elections board hasn't certified those results because of accusations of ballot tampering.

The issue centers around absentee mail-in ballots. Some residents have said someone came to their door and offered to finish or submit their mail-in ballot for them — but that's not allowed. And a person of interest in the possible election fraud is a man who was paid to work for the Harris campaign.

The election board's hearing on the accusations is expected to last a couple days.

Republicans want the board to certify the election and declare Harris the winner, saying there aren't enough questionable ballots to overcome the 905-vote margin. Democrats want the board to throw out the November results and hold a new election.