NBC: US Suspects Russia May Be Responsible For Embassy Attacks 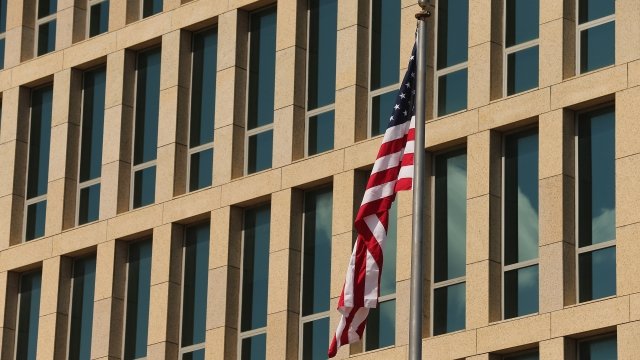 SMS
NBC: US Suspects Russia May Be Responsible For Embassy Attacks

U.S. officials suspect Russia could be responsible for the mysterious health attacks on American diplomats in Cuba and China, according to NBC News.

Citing unnamed sources, the outlet reports that evidence known as signals intelligence, or intercepted communications, has led the U.S. to believe Russia may be the culprit.

Multiple U.S. agencies have been investigating mysterious illnesses that affected U.S. diplomats working at embassies in Cuba and China, beginning in 2016. According to the State Department, dozens of government employees suffered symptoms consistent with brain injuries. A scientist involved in medical research about the attacks recently suggested that microwave technology was likely involved.

A State Department spokeswoman told media outlets Tuesday the investigation is still ongoing, saying, "We have made no determination on who or what is responsible for the health attacks."

CNN also reported earlier this month that investigators have floated the possibility Russia may be involved, citing a senior Trump administration official.

It's important to note that the evidence referenced in NBC's report isn't concrete enough for the U.S. to officially accuse Russia of orchestrating the attacks.