NBC To Follow Up 'Sound Of Music' With 'Peter Pan' 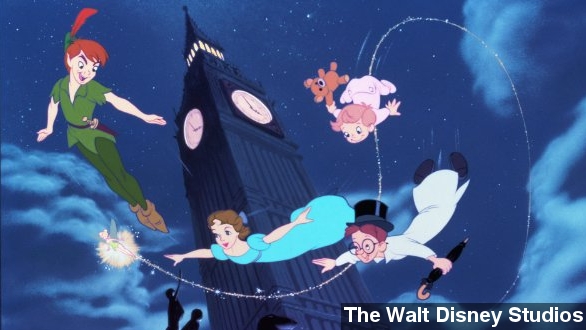 SMS
NBC To Follow Up 'Sound Of Music' With 'Peter Pan'

By Jasmine Bailey
January 19, 2014
NBC announced Sunday it will air a live performance of "Peter Pan" for this year's holiday special.
SHOW TRANSCRIPT

Following big ratings for NBC's live production of "The Sound of Music," the network has announced its next big stage project. Drum roll...

Disney's "Peter Pan," the Broadway version, is coming to the network Dec. 4 — almost one year after the premier of "The Sound of Music."

The cast hasn't been announced yet, but NBC chairman Robert Greenblatt did say Sunday: "Get ready for flying children and some [state]-of-the-art technology for Tinkerbell. ... We think we've landed on another great Broadway musical ... that is a timeless classic for all audiences, young and old, who just never want to grow up." (Via E!)

Nearly 19 million people tuned in to watch "The Sound of Music," starring Carrie Underwood, last December and NBC officials have said they hope "Peter Pan" will do just as well. (Via NBC)

The same producers that worked on "The Sound of Music" will also be handling "Peter Pan," and gaining viewers probably won't be the only thing on their minds.

Reviews, reviews, reviews. There were a ton of them after last December's airing and they weren't too kind, especially to Underwood who was criticized for her acting. (Via USA Today, Time, The Wrap)

But NBC does have a bit of history with live airings of "Peter Pan." In 1955, the Broadway show, starring Mary Martin, aired on the network — and 65 million people watched.