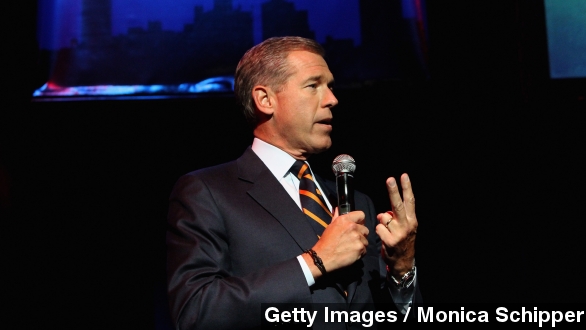 NBC Nightly New anchor Brian Williams is stepping away from the news desk for a few days after issuing an apology for recounting a false story about his experience in the Iraq War.

Willams said Friday, "I want to apologize. I said I was traveling in an aircraft that was hit by RPG fire. I was instead in a following aircraft."

In a statement published by NBC Friday, Williams wrote "It has become painfully apparent to me that I am presently too much a part of the news, due to my actions. ... I have decided to take myself off of my daily broadcast for the next several days."

Williams' whole body of work has been under intense scrutiny after he falsely claimed to have come under RPG fire during the Iraq War. Critics have been picking at other stories of the prominent reporter. Some even call for his resignation. (Video via CBS / "The Late Show With David Letterman")

NBC's Lester Holt will sit in for Williams during the longtime anchor's absence. Williams is currently the subject of an internal investigation by NBC News.