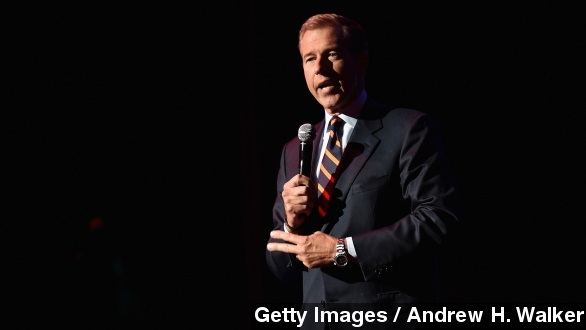 The announcement came in a memo to NBC staff from the company's president Deborah Turness, who wrote, "This was wrong and completely inappropriate for someone in Brian's position."

The decision came after Williams admitted to misrepresenting his experiences while covering the Iraq War.

"I want to apologize. I said I was traveling in an aircraft that was hit by RPG fire. I was instead in a following aircraft ... This was a bungled attempt by me, to thank one special veteran," Williams said on NBC.

The decision comes after Williams put himself on temporary leave earlier this week.