NBC News: McMaster To Leave White House As Soon As Next Month 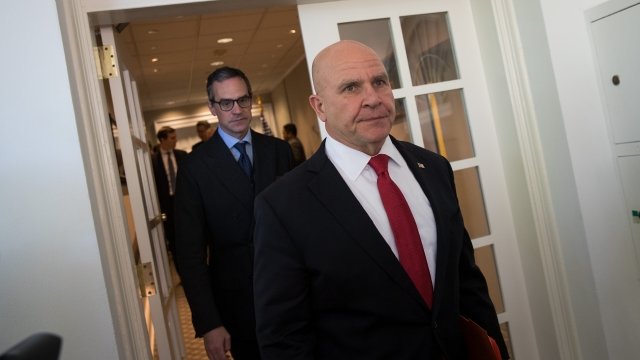 SMS
NBC News: McMaster To Leave White House As Soon As Next Month
By James Packard
By James Packard
March 1, 2018
White House national security adviser H.R. McMaster could leave the West Wing as soon as next month, according to five people who talked to NBC News.
SHOW TRANSCRIPT

National security adviser Gen. H.R. McMaster is set to leave the White House as early as next month, according to NBC News.

The report comes amid a number of departures from the White House, most notably Communications Director Hope Hicks, who announced her resignation Wednesday.

It's not really a surprise. CNN reported last week that the Pentagon was looking for a military job for McMaster. NBC News says it talked to five people who told the outlet about McMaster's planned departure. The White House said Thursday night there were no personnel announcements to make and said the administration often faces "rumor and innuendo" about senior leadership. 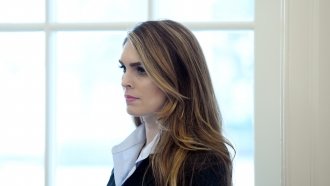 NBC News says the move was orchestrated by Secretary of Defense Jim Mattis and chief of staff John Kelly.

McMaster came into his role after his predecessor, Michael Flynn, resigned when it was reported he lied to the vice president about his contact with Russian officials during the presidential transition.

Since then, McMaster has publicly clashed with President Trump on the Russia investigation and his relationship with the president has reportedly gotten tense.