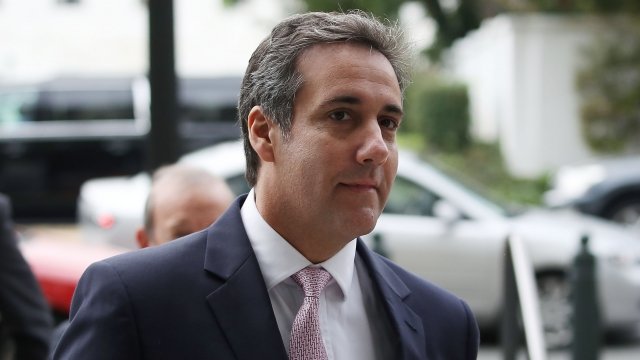 NBC obtained emails showing Michael Cohen arranged the payment with his Trumporg.com email. The network also says Cohen used that same account to negotiate the terms of a nondisclosure agreement with the actress, whose legal name is Stephanie Clifford.

The report contradicts Cohen's previous statement. He recently said the Trump organization and Trump campaign were not involved with the $130,000 payment. He claims he used his personal funds to pay Clifford, in hopes she would not go public with her alleged affair with Trump she says happened in 2006 and 2007.

Clifford's attorney, Michael Avenatti, told NBC the emails raise suspicions about the source of the payment. Avenatti is representing Clifford in a suit filed in early March, claiming the nondisclosure agreement is invalid because Trump never signed it.