Here Are Some Key Matchups For The First Democratic Debate 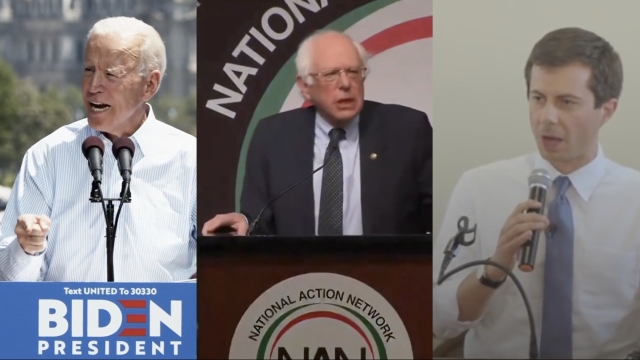 The stages are set for the first debate of the 2020 presidential race. NBC announced the lineup on Friday after randomly drawing names alongside Democratic National Committee officials and representatives for the 20 eligible candidates.

This split puts the two key Texans on stage together — Julián Castro and Beto O'Rourke.

And it presents an interesting opportunity for Elizabeth Warren. Of all the candidates that will be on stage that night, she's the only one polling in the top five nationally. At the same time, it gives the other nine candidates a big stage to present their ideas and hopefully gain more traction for their campaigns.

The two oldest candidates, Joe Biden and Bernie Sanders, will share the stage with the youngest Democratic presidential candidate, Mayor Pete Buttigieg. This opens the door for generational issues to come up among the candidates.

Night two also brings together the two people coming from outside the typical political sphere — Marianne Williamson and Andrew Yang. She is an activist and author. He is an entrepreneur with an economic background.

The diversity of the candidates appear to be pretty evenly distributed through both of the debates, which are scheduled for June 26 and 27 in Miami.