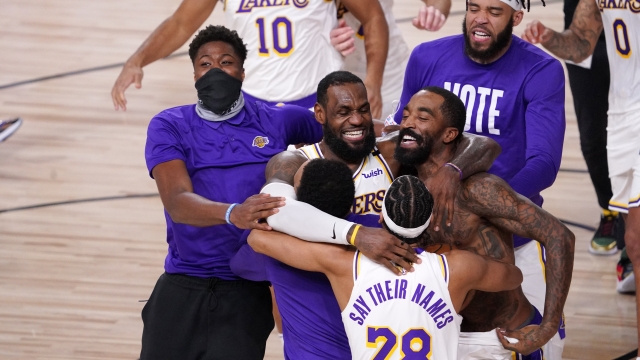 The NBA is asking its players to play a little defense on the coronavirus... like staying out of bars and clubs.

The league imposed the new COVID restrictions on players and key staff as the pre-season is scheduled to tip off later this week.

In a memo obtained by ESPN, the NBA told teams that while players need to stay out of bars, they can, however, leave their hotels for dinner ... *if the restaurants offer outside or private dining.

If players break protocol, they could face fines or suspensions while their teams could lose draft choices or forfeit games.

The NBA says it will be watching closely...and could randomly pop in on team facilities to ensure the rules are being followed.

Over the summer, the NBA successfully held a socially distant and safe season while inside of a coronavirus "bubble" at the Walt Disney World Resort in Orlando, Florida. Players were tested frequently and prohibited from leaving the premises.

This season, games will return to arenas around the country, perhaps with a limited number of on-site fans.

As the U.S. inches closer to receiving the first release of a COVID-19 vaccine, the NBA is also trying to decide whether to make the shots mandatory for players and staff.