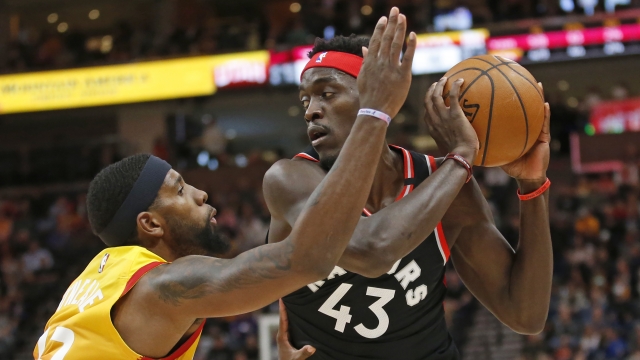 SMS
NBA Suspends Season After Player Tests Positive For The Coronavirus
By Meg Hilling
By Meg Hilling
March 12, 2020
The NBA says a player has tested positive for the coronavirus.
SHOW TRANSCRIPT

The NBA says it's suspending the season until further notice, after a player for the Utah Jazz tested positive for the coronavirus just before a game Wednesday night.

The team said the player's preliminary positive test came after he tested negative for influenza, strep throat and an upper respiratory infection earlier in the day. Wednesday's game between the Utah Jazz and the Oklahoma City Thunder was canceled.

Hours later, the NBA announced it was suspending all games. In a statement, the association said, "The NBA will use this hiatus to determine next steps for moving forward in regard to the coronavirus pandemic."

The NCAA also made big changes in an effort to cut down on the spread of the coronavirus. It has closed its men's and women's college basketball championship tournaments to the public.