NBA's Kanter Says His Politics Got His Dad Arrested In Turkey 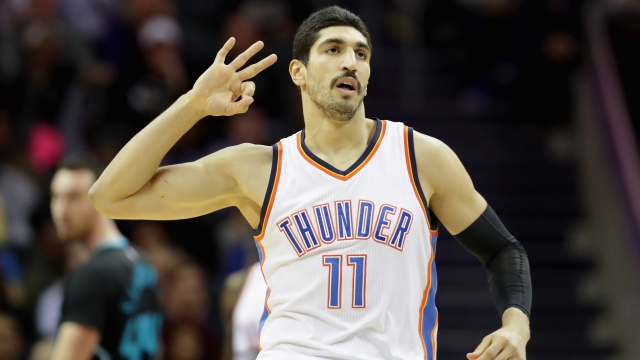 NBA player Enes Kanter made international news recently for criticizing the government of Recep Tayyip Erdogan, the president of his home country of Turkey.

"He's attacked the people in Washington. He's a bad, bad man. He's a dictator, and he's the Hitler of our century," Kanter said in a Twitter video.

Now, Kanter says Erdogan is punishing his family because of his words.

The Oklahoma City Thunder center tweeted that his father, Mehmet, has been arrested and speculated he may be tortured. 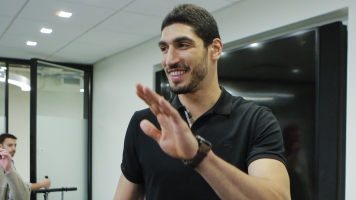 Kanter says he can no longer talk to his family in Turkey and that they've been harassed because of the negative attention he's drawn.

"Last time I talked to my family was close to two years. Right now, I cannot get in contact with them because if I do they'll be in jail. … When my dad goes to the supermarket, they were spitting on his face because of what kind of son you have," Kanter said on ESPN.

Recently, Kanter had his passport revoked while he was traveling abroad. He says he fled Indonesia after Turkey told the Indonesian government he was dangerous and should be arrested. He's since been branded as a terrorist in Turkey.

Erdogan has recently consolidated his power and cracked down on dissent, moves that critics say are undemocratic.