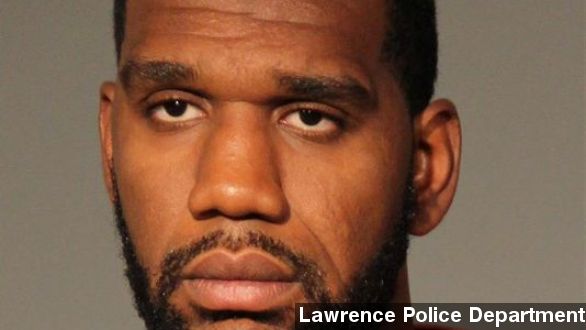 By Jamal Andress
August 7, 2014
Former number one draft pick Greg Oden was arrested in Indiana early Thursday morning after police say he punched his ex-girlfriend in the face.
SHOW TRANSCRIPT

Former No. 1 draft pick and self-described NBA bust Greg Oden was arrested in Indiana early Thursday morning after police say he punched his ex-girlfriend in the face.

​The police report obtained by The Indianapolis Star lists some of the details: "Officers arrived at the home to find the victim crying and lying across a bed holding her face, police said. ... Police 'observed blood, swelling to the nose, lacerations to the forehead and nose area of the victim's face,' according to the report."

POLICE TO WXIN: "No weapons involved at all, this would be considered a misdemeanor battery incident. All the information we presented to the Marion County prosecutor's office for a final charging decision."

Also in the police report, Oden was "calm, apologetic and cooperative" and reportedly told officers, "I was wrong, and I know what has to happen."

Oden was a star player for a local Lawrence, Indiana, high school, leading his team to three consecutive state championships before heading to Ohio State and leading the Buckeyes to the NCAA national championship game.

The Portland Trailblazers then drafted Oden No. 1 overall in 2007, but he never reached the success he enjoyed in high school or college. Plagued by constant injuries, Oden has played a grand total of 105 games in his seven years since being drafted.

This video includes images from Getty Images and the Lawrence Police Department.