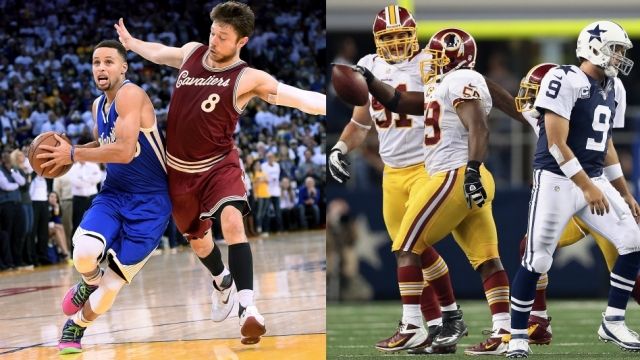 When Americans think of sports-holiday combos, Thanksgiving and football is probably the first that comes to mind.

But watching basketball on Christmas is another popular way to avoid small talk with seldom-seen relatives.

The tradition started when the New York Knicks beat the Providence Steam Rollers in 1947. The NBA has held games on Christmas every year since.

These days, we're treated to five marquee matchups back to back. So no matter if you were naughty or nice, the NBA got you the gift of hours and hours of high-quality hoops.

And these are some of the most-watched regular season games of the year. Nearly 11 million people tuned into the 2015 Christmas Day Finals rematch between the Warriors and Cavaliers.

And this year's rematch of the rematch should have millions of basketball fans tuning in as well.