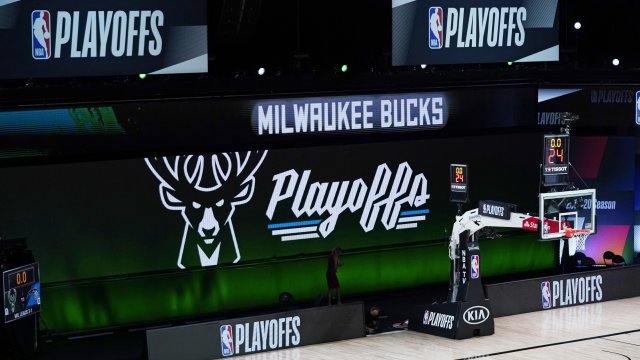 The NBA has postponed Wednesday's playoff games after the Milwaukee Bucks boycotted their contest this afternoon against the Orlando Magic in response to the police shooting of Jacob Blake.

The Bucks' senior vice president responded to the team's decision on Twitter saying in part: "Some things are bigger than basketball. The stand taken today by the players and org shows that we’re fed up. Enough is enough. Change needs to happen. I’m incredibly proud of our guys and we stand 100% behind our players ready to assist and bring about real change."

Meanwhile, Major League Baseball's Milwaukee Brewers also decided to boycott its game scheduled for Wednesday night against the Cincinnati Reds. Milwaukee is about 40 miles north of Kenosha, Wisconsin, where Blake was shot.