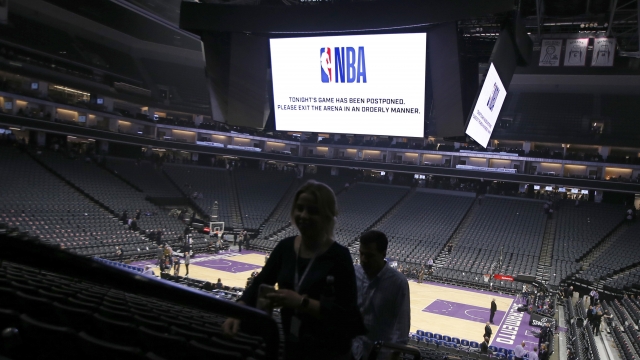 The plans propose a single-site scenario on the ESPN Wide World of Sports Complex on the Disney property near Orlando, Florida.

The NBA is discussing plans to resume the league's season in late July at Walt Disney World in Florida.

The single-site scenario calls for games, practices and housing for athletes to be held on the ESPN Wide World of Sports Complex near Orlando, Florida. Amid the coronavirus pandemic, NBA officials have considered finishing the 2020 season without allowing fans at the games.

An NBA spokesman said conversations with Disney and the league's players union are still "exploratory" but "our priority continues to be the health and safety of all involved, and we are working with public health experts and government officials on a comprehensive set of guidelines to ensure that appropriate medical protocols and protections are in place."

In March, the NBA was the first U.S. pro-league to suspend its season as COVID-19 started to spread among some of its players and across the country. The NBA has said testing would be an integral part of restarting the season.

It's unclear how many teams will be playing once the season resumes, but the NBA is asking for additional input from general managers.

ESPN reports the NBA has scheduled a call with the board of governors for Friday to discuss more details on moving forward.

Additional Reporting by Tim Reynolds of The Associated Press.