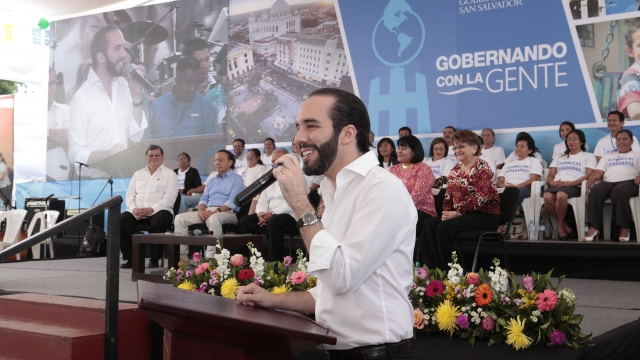 An outsider candidate and former mayor of El Salvador's capital has been elected as the country's next president.

With more than 90 percent of votes counted, El Salvador's Supreme Electoral Court declared 37-year-old Nayib Bukele the winner late Sunday. Bukele secured over 50 percent of the votes, more than all the other candidates combined. And as a member of the newly formed Grand Alliance for National Unity party, he beat out candidates from the country's two long-ruling parties.

Bukele promised to end corruption, create more jobs and reduce crime and gang violence. El Salvador has one of the world's highest murder rates, and close to one-third of the country's households live in poverty.