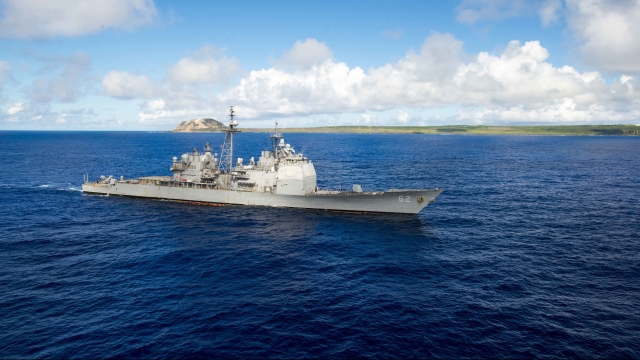 The U.S. Navy plans to ban Confederate battle flags from all public spaces and work areas on its bases, ships, submarines, and aircraft.

A spokesman for chief of naval operations, Adm. Mike Gilday, said in a statement, "The order is meant to ensure unit cohesion, preserve good order and discipline, and uphold the Navy’s core values of honor, courage and commitment."

News about the Navy's impending ban comes just days after the U.S. Marine Corps issued a similar one that prohibits any rendering of the Confederate flag, including on decorations, bumper stickers and more.

The U.S. Army has also broken from its previous hardline stance and says it's now "open" to renaming the bases and facilities currently named after Confederate military leaders. An Army spokesperson said Defense Secretary Mark Esper supports this decision.

At least one Navy ship currently on active duty is named in honor of the Confederacy: The USS Chancellorsville. It's namesake is an 1863 Civil War battle won by Confederate Gen. Robert E. Lee.

The Navy's website for the Chancellorsville includes a poster with the Confederate flag depicted in the background.

The Navy declined to comment Tuesday on whether it's thinking about renaming the ship.