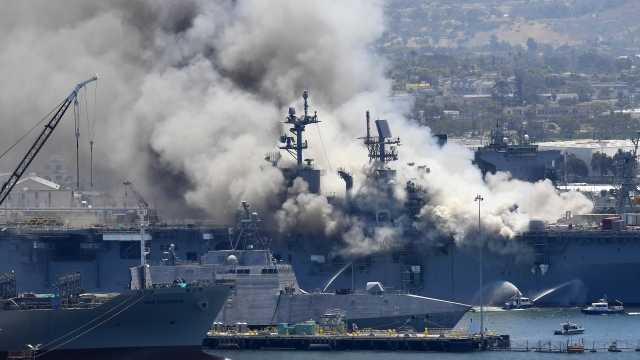 Investigators say they now suspect arson was the cause of the fire on a Navy ship that was docked in San Diego in July.

A sailor is being questioned as a potential suspect by the Naval Criminal Investigative Service and the Bureau of Alcohol, Tobacco, Firearms and Explosives.

The ship burned for more than four days, and it's unclear if it can be salvaged. Analysts say it could cost the Navy up to $4 billion to replace it.

Additional reporting by Julie Watson and Lolita C. Baldor of the Associated Press.