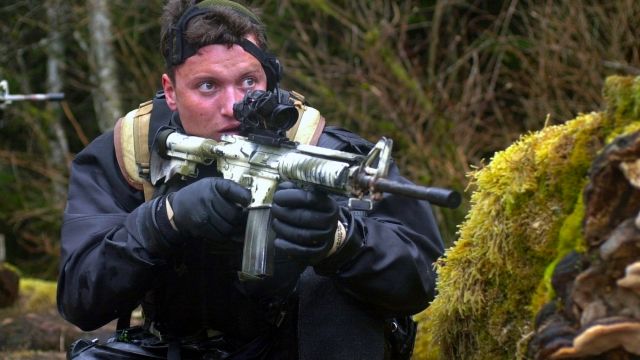 SMS
Navy SEAL In Raid Allegedly Kept Unauthorized Bin Laden Corpse Photo
By Melissa Prax
By Melissa Prax
January 20, 2016
A Navy SEAL who helped kill Osama bin Laden has been accused of having a photo of the corpse and possibly benefiting from the raid in business deals.
SHOW TRANSCRIPT

One of the Navy SEALs who shot Osama bin Laden is under investigation for allegedly keeping a picture of the corpse.

The Intercept reports Matthew Bissonnette has also been under some suspicion for his business deals benefiting from the raid during his time in active duty.

This information comes after he allegedly turned in his hard drive that had a picture of bin Laden's corpse.

In 2012, one year after the White House said it wouldn't release photos of bin Laden's corpse, Bissonnette wrote a book under a pen name detailing his experience helping kill bin Laden. (Video via The White House)

The book was also accused of compromising national security.