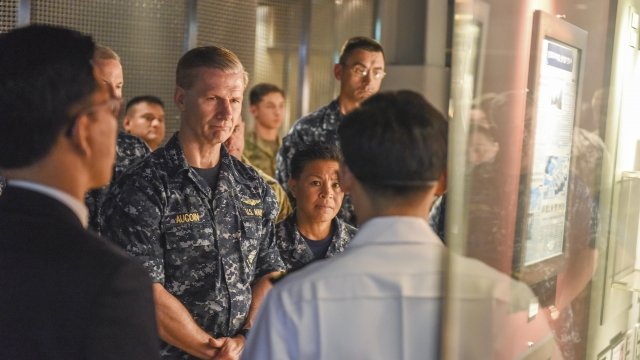 The U.S. Navy dismissed one of its commanders Wednesday following a series of accidents in the Pacific this year.

In a statement, the Navy said it had lost confidence in Vice Adm. Joseph Aucoin's "ability to command" the U.S. 7th Fleet.

As commander, Aucoin oversaw 50 to 70 ships and submarines, 140 aircraft, and 20,000 sailors. The 7th Fleet, which is based in Japan, is the Navy's largest forward-deployed fleet.

That fleet includes the USS John S. McCain, which collided with an oil and chemical tanker earlier this week east of Singapore.

Ten sailors were reported missing after the crash. On Tuesday, the Navy announced some remains had been located inside the McCain. It's also working to identify a body the Malaysian navy found at sea. 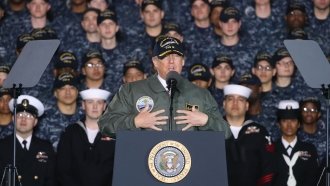 Trump Asks Navy Crowd To Call Congress About His Budget

Other American naval incidents in the Pacific this year include the USS Antietam running aground in Japan, the USS Lake Champlain hitting a fishing boat, and the USS Fitzgerald colliding with a merchant vessel.

That last collision resulted in the deaths of seven sailors. The Fitzgerald's commanding officer was one of the people removed from his post as a result.

Aucoin is the highest-ranking official to be relieved of duty in relation to the incidents. He'd been commander of the 7th Fleet since 2015.