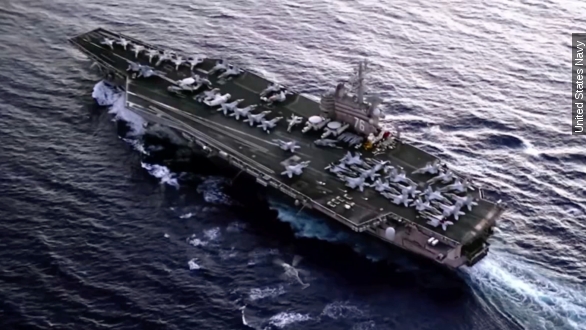 Newborn babies are stinkin' adorable. And now if you're in the Navy or the Marines, you might be getting more time to spend with yours during those first precious weeks.

The United States Navy's Secretary Ray Mabus is reportedly set to propose Wednesday that the Navy and Marines double their maternity leave to 12 weeks ... and to sweeten the deal, it would all be paid.

Mabus may also be proposing fitness changes, which will include easing body fat restrictions. Sailors have a body composition assessment twice a year.

The Navy Times reports the Navy is looking at "increasing the body fat limits for being able to take the physical readiness test portion of the PFA."

That's Navy-speak for Physical Fitness Assessment. So, sailors over the body fat limit could still take the physical test, as long as they are still within the Department of Defense's standards, which are more lenient.

Longer child care hours are also said to be one of the proposed changes. And it all sounds pretty enticing, right? Well, that's the intention. These are all moves to attract more women into joining the armed forces.

According to the Defense Department, there are currently more than 200,000 active-duty women in the military.

While it all sounds nice, it won't necessarily become a reality — extending maternity leave would require approval from Congress.

Another thing to consider is the cost, which isn't yet known. Mabus is expected to unveil the proposal Wednesday.