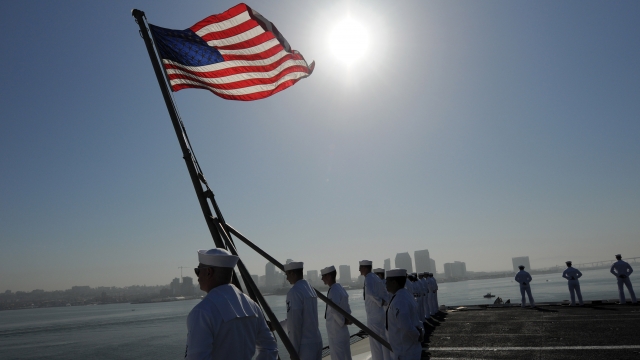 SMS
Navy Grants Service Member Waiver To Serve As Preferred Gender
By LeeAnne Lowry
By LeeAnne Lowry
May 15, 2020
This is the first such waiver granted since the military banned most trans people from serving as their preferred gender.
SHOW TRANSCRIPT

The Navy has granted a waiver to allow a transgender officer to serve openly as her preferred gender. It's the first such waiver since the Trump administration banned most trans people from serving in the military last year.

Under the policy, transgender people who were already in the military could continue to be if they agreed to serve in the gender assigned to them at birth.

The officer — referred to as Jane Doe — sued in March. Lawyers revealed Friday that she has now been granted special permission to be recognized as her preferred gender. She will have her gender marker changed in the Defense Department's system and will be allowed to adhere to female uniform and grooming standards.

Doe's lawyer said in a statement that while their team is relieved a "highly qualified naval officer will be able to continue her service," other service members shouldn't have to bring a lawsuit to be afforded the same rights.