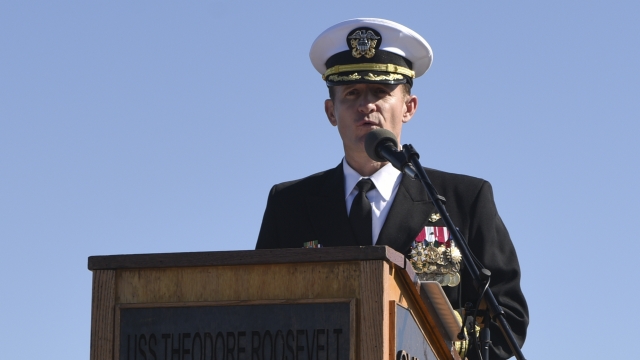 The New York Times reports Navy leaders made the recommendation to Defense Secretary Mark Esper on Friday following an investigation into the coronavirus outbreak on the aircraft carrier.

Crozier was relieved of command earlier this month after he wrote a letter to Navy leaders criticizing the situation on board. Then-acting Secretary of the Navy Thomas Modly said that while Crozier was right to raise concerns, the way he distributed the letter was "just not acceptable." Modly has since resigned from his post.

More than 800 crew members aboard the Roosevelt have tested positive for the virus, including Crozier. One sailor has died due to complications from COVID-19.

A Pentagon spokesman said Esper is waiting for a written copy of the investigation to review and "will meet again with Navy leadership to discuss next steps." The Navy said in a statement: "No final decisions have been made."