US Navy Announces Punishments For Crew On USS Fitzgerald 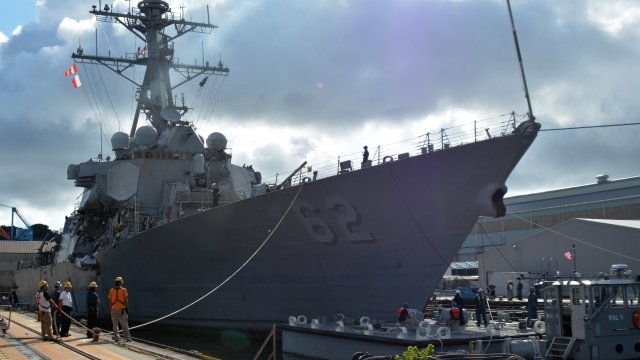 SMS
US Navy Announces Punishments For Crew On USS Fitzgerald
By Lindsey Pulse
By Lindsey Pulse
August 18, 2017
Several sailors have been relieved of their duties after the June shipwreck that killed seven U.S. Navy crew members.
SHOW TRANSCRIPT

Sailors who were commanding the USS Fitzgerald when it crashed into a merchant ship have been relieved of their duties.

The June shipwreck off the coast of Japan killed seven U.S. Navy sailors, and now we know how some onboard will be punished.

After the wreck, unnamed officials told CNN they believed the Fitzgerald crew may be to blame. Those sources said the crew failed to act to avoid the oncoming cargo ship.

The commanding officer, executive officer and command master chief of the guided-missile destroyer will not be returning to the ship. Junior officers aboard the ship have also been removed from their duties, and other administrative actions were taken against members of the watch teams. 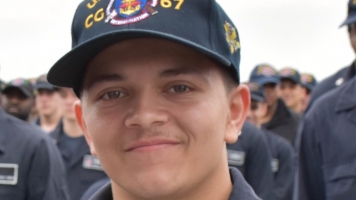 He also said it's going to be "pretty hard" for the officers to recover from the punishment.

The Navy says both ships involved in the crash demonstrated poor seamanship. The investigation is ongoing.