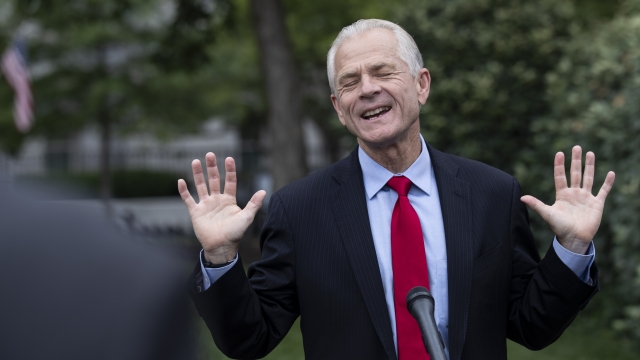 When asked during an interview with Fox News on Monday whether the deal was still on given recent tensions between the U.S. and China over Beijing's handling of the coronavirus, Navarro responded that the deal was "over."

"They came here on Jan. 15 to sign that trade deal, and that was a full two months after they knew the virus was out and about," Navarro said. "It was at a time when they had already sent hundreds of thousands of people to this country to spread that virus, and it was just minutes after wheels up when that plane took off that we began to hear about this pandemic."

But shortly after the interview, President Donald Trump tweeted "the China Trade Deal is fully intact," and that "hopefully they will continue to live up to the terms of the Agreement!"

Navarro also released a statement denying his comments had anything to do with the trade deal, and that he "was simply speaking to the lack of trust we now have of the Chinese Communist Party after they lied about the origins of the ... virus."

China's foreign ministry spokesperson criticized Navarro during a briefing on Tuesday, calling his initial remarks "groundless and absurd," and that "he's always full of lies and has zero credibility."