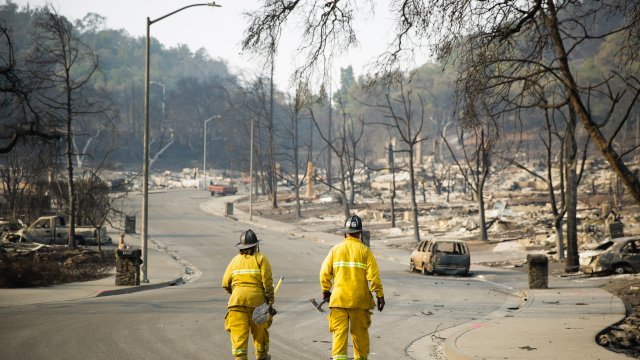 SMS
How Natural Disasters Pushed The FCC To Update Emergency Alert Systems
By Tyler Adkisson
By Tyler Adkisson
December 6, 2017
The FCC issued an order in 2016 to update emergency alert services, but lobbyists have delayed those updates' full implementation.
SHOW TRANSCRIPT

This year's natural disasters are magnifying a common challenge for local governments: The emergency alerts that get sent to cellphones are sometimes dangerously out of date.

The U.S. began adopting wireless emergency alert systems in 2012. These let cities send longer emergency messages in different languages and with information tailored to specific regions instead of broadcasting the same message across an entire county. But today, only about one-third of all U.S. counties have access to them.

And in some of those counties, like Harris County in Texas, which includes Houston, the systems are neglected. Critics blame the Federal Communications Commission. They say it isn't enforcing its own 2016 order to cell providers to update those systems. 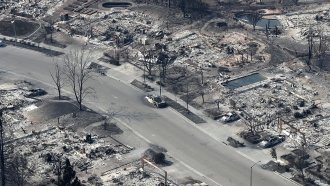 Harris County wanted cellphone providers to follow the order and update their tech before hurricane season so it could send detailed alerts to certain neighborhoods. But the changes never went into effect because lobbyists for wireless companies called on the FCC to disregard the request.

And that constant denial of service has discouraged some places from using their alerts altogether — but that can make a bad situation worse. Officials in Sonoma County, California, for example, opted not to use wireless alerts during wildfires in October. Sonoma County suffered about half of all the wildfire-related deaths from those fires.

This high-profile failure prompted California politicians to ramp up their criticism of the FCC for not doing more to improve the wireless alert system. Since then, the commission has said it'll work with Sonoma County officials to use the system more effectively, and the five major cell carriers said they'd help increase the use of geolocation services for the system.