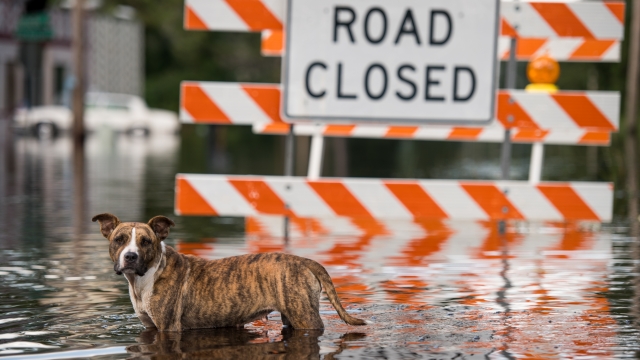 U.S. weather and climate-related disasters accounted for $91 billion in direct losses in 2018.

According to NASA and the National Oceanic and Atmospheric Administration's annual global analysis report, there were 14 natural disasters that caused at least $1 billion each in damages last year. This includes Hurricane Michael, which caused $25 billion in damages, as well as Hurricane Florence and the California wildfires, which caused $24 billion each. This made 2018 the fourth-costliest year for natural disasters in the U.S. since 1980.

NASA and NOAA also declared 2018 the fourth-hottest year in almost 140 years. The agencies said global temperatures were 1.5 degrees Fahrenheit warmer than the average temperature between 1951-1980, which they used as a baseline. NASA attributes the warming, in large part, to "increased emissions into the atmosphere of carbon dioxide and other greenhouse gases caused by human activities."

The three hottest years on record were all within the last five years, with 2016 taking the top spot, followed by 2017 and 2015, respectively. NASA isn't alone in its findings, as Berkeley Earth, the Copernicus Climate Change Service, the Japanese Meteorological Agency and the U.N.'s World Meteorological Organization all came to the same conclusions. And future temperatures aren't predicted to be any cooler – the U.K. Met Office forecasts the global average temperature to be even higher in the next five years.