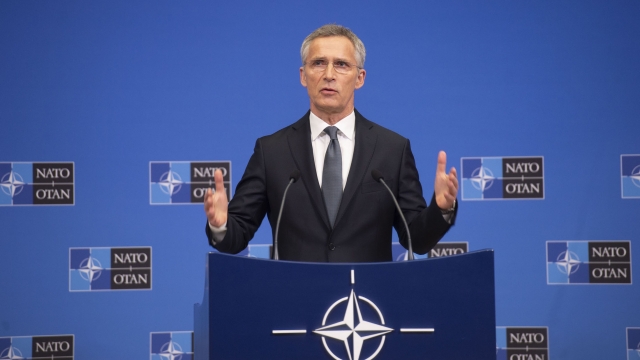 NATO is calling on Russia to destroy its new missile system — and warned of a "coordinated" response if it doesn't.

NATO Secretary General Jens Stoltenberg said during a press conference on Tuesday that Russia needs "to verifiably destroy its SSC-8 missiles," which NATO says violates the Intermediate-Range Nuclear Forces Treaty. He gave the country until Aug. 2 to comply.

"We call on Russia to take the responsible path. But unfortunately, we have seen no indication that Russia intends to do so," Stoltenberg said. "So tomorrow, we will decide on NATO's next steps, in the event Russia does not comply. Our response will be defensive, measured and coordinated."

The INF treaty was signed by the U.S. and the Soviet Union back in 1987. It banned either country from fielding ground-based missiles with a range of 300 to 3,400 miles. The U.S. announced its decision to pull out of the treaty earlier this year, accusing Russia of violating the ban by developing a cruise missile system. Russia insists its missiles don't travel far enough to be covered by the INF, and accused the U.S. of similar violations. It also said it too was suspending its participation in the treaty a day after the U.S.' announcement.

The U.S. will officially leave the INF treaty on Aug. 2 unless Russia destroys its missiles. Stoltenberg said this means "there are just five weeks left for Russia to save the treaty."