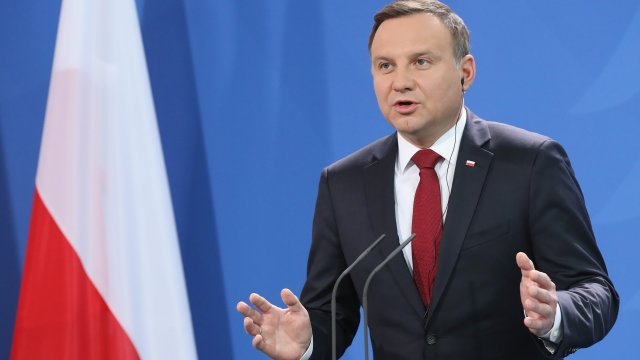 Besides the U.S., only four countries hit the goal of sending 2 percent of their GDP to NATO. Three of those are on NATO's eastern front. Poland was close, contributing 1.99 percent of its GDP after a booming economy outran expectations.

A subgroup of NATO states is collectively known as the Bucharest Nine. That group includes Estonia, Latvia, Lithuania, Poland, the Czech Republic, Slovakia, Hungary, Romania and Bulgaria. They're the closest to Russia and feel threatened by Russia's 2014 annexation of Crimea and its occupation of certain regions in Georgia since 2008.

Poland's President Andrzej Duda was quoted saying it was "difficult not to agree with" Trump's complaints the U.S. was shouldering too much of the alliance's financial burden. Lithuania's foreign minister tweeted, "We are resolute, committed to mutual defence, [and] fair burden sharing."

Poland has gone a step further, asking the U.S. to permanently station troops in the country. It's offered $2 billion toward the construction of a military base.