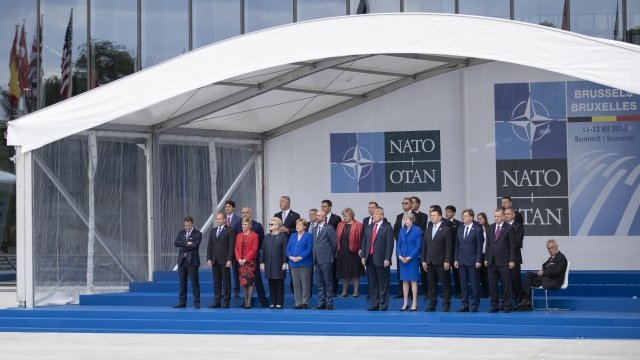 NATO says it will begin talks about the possibility of adding Macedonia to the organization, according to the Associated Press.

The announcement was made while world leaders met Wednesday in Brussels for the NATO summit.

NATO says the invitation only stands under the condition that Macedonia finalize its name change dispute.

The country has been in a feud with Greece for decades, which also has a region named Macedonia. Greece has previously blocked Macedonia from joining NATO or the European Union.

In June, Macedonia reached an agreement with Greece to change the country's name to the Republic of North Macedonia. The country says the change will be put to a referendum later this year.