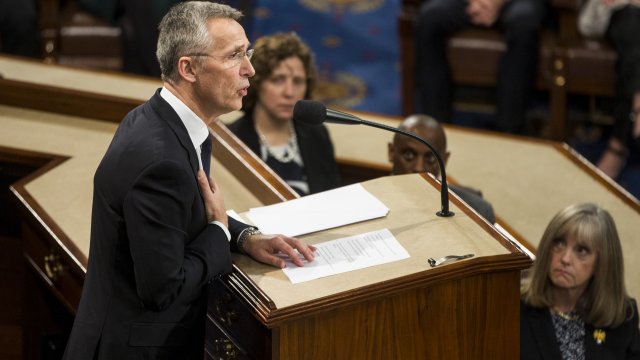 NATO Secretary General Jens Stoltenberg found a warm reception from both sides of the aisle during his address to Congress.

But outside of Capitol Hill, lawmakers say they still need to make the case for the U.S.'s involvement in NATO.

Sen. Chris Murphy told a crowd at the Center for European Policy Analysis: "We have to do some work here in the United States, to educate the American public about the importance of this relationship."

The Cold War era alliance was initially meant to deter Soviet Russia aggression in Europe. But with the dissolution of the USSR, NATO's mission has more recently been to spread democracy and Western values — going so far afield as to join the U.S. invasion of Afghanistan. 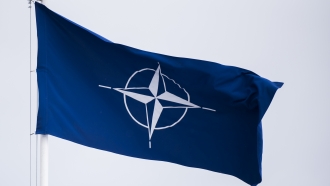 Now, the U.S. might be starting to rethink its active role in the world. A recent Pew survey found that while most Americans still think the U.S. participation in NATO is a good thing, almost half of the country wants the U.S. to focus less on overseas issues and more on domestic ones.

Some of that skepticism has come from the White House. President Trump has repeatedly pressed NATO allies to contribute more defense spending in order to reduce Europe's reliance on the U.S.

In his address to Congress, Stoltenberg acknowledged NATO faced some questions about its role in the world. But he stayed upbeat about the alliance's ability to weather those concerns.

Stoltenberg told Congress: "This is democracy. Open discussion and different views is not a sign of weakness: it is a sign of strength."