NATO Relies On The US For A Lot More Than Funding 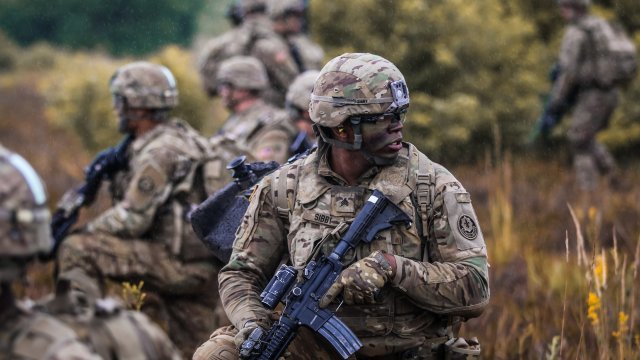 SMS
NATO Relies On The US For A Lot More Than Funding
By Matt Picht
By Matt Picht
July 11, 2018
The U.S. contributes its fair share to NATO's budget — but is also shouldering a lot of the weight when it comes to carrying out actual operations.
SHOW TRANSCRIPT

Trump told reporters Wednesday, "Many countries are not paying what they should, and many countries, frankly, owe us a tremendous amount of money for many years back."

President Trump has long complained that the U.S. is spending too much money and carrying too much of the burden for the other members of the NATO military alliance. So how exactly is NATO funded? And what does the U.S. investment in it look like?

Well, each of NATO's 29 members pay a share of their Gross National Income towards NATO's main budgets. All told, NATO estimates that will add up to about $2.6 billion in 2018. The U.S. will pay 22 percent of that, or $570 million.

But that money doesn't cover NATO's actual operations in the field. The alliance instead relies on voluntary contributions of troops and equipment. And the U.S. ends up providing a lot of those capabilities: NATO has an admitted "over-reliance" on the U.S.

And the U.S. does not rely on NATO operations alone to protect its strategic interests in Europe. There are currently 75,000 U.S. personnel stationed in the European theater, according to the Dept of Defense. And the Pentagon's European Deterrence Initiative, which helps bolster NATO allies' capabilities, is planning on a $6.5 billion budget in fiscal year 2019. 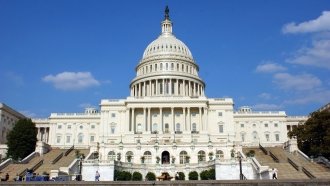 NATO nations do chip in a bit to help cover the costs to the U.S. But more than a few NATO nations have let their defense budgets languish in favor of other priorities, counting on the U.S. to pick up the defense tab.

NATO is working to turn things around: it's set a target for allies to devote 2 percent of their GDP to defense spending by 2024. NATO Secretary General Jens Stoltenberg says he expects seven European allies to meet that standard this year — up from just two in 2014.

But even that 2 percent target doesn't accurately predict how much a nation can contribute to the alliance. Focusing just on spending can obscure other strengths and weakness in a country's military force.

As things stand right now, NATO relies heavily on the support and contributions of the U.S. The alliance could find itself severely weakened if Trump keeps pushing for less U.S. involvement.