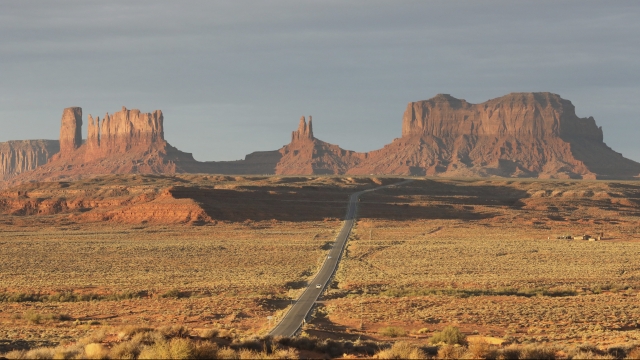 Around the country, lawmakers are scrambling to overcome COVID-19 related hurdles voters could face when trying to cast ballots this November. But while the virus and its accompanying problems are novel, barriers at the polls are nothing new for Native Americans.

"We need to stand up and make this change together," Dalene Redhorse said.

Dalene Redhorse is a field organizer with the Rural Utah Project, a nonprofit that works to empower underrepresented voters through voter registration and education. While filling out registration forms seems simple enough, Redhorse says that is where many Native American voters get derailed.

"I think the biggest hurdle right now is their addresses, the physical addresses, you know, like I said, we don't have street names or house numbers," Redhorse said.

According to the First Nations Development Institute, roughly 54 percent of American Indians and Alaska Natives in the U.S. live in rural areas. Addresses are often identified by nearby county roads and landmarks, with residents using P.O. boxes in the nearest town for mail.

Without traditional addresses, these voters are often given incorrect voting districts and are unaccounted for during the census. To make matters worse, some states have even pursued voter identification laws that require residential addresses for state IDs, impeding the ability of some voters to register in the past.

"So we started noticing a lot of people, a lot of the residents were placed in the wrong district or the wrong precinct. So from there we started looking at doing plus codes," Redhorse said.

Plus Codes are addresses based on shortened latitude and longitude coordinates. And it's now become part of their advocacy work, Redhorse and her team often go door to door to set residents up with Plus Codes. These allow Redhorse to help voters get placed in the correct voting district, register to vote and inform them how to be counted in the census.

"I stopped by an old man's house. He was 84 years old. I think he's a veteran, he was disabled and all he was very excited to see that I was there to get them registered. He was like 'this is the first time anybody has ever come to my house, told me about the elections, registered me. Now I know when I vote, my vote is placed in, that it counts,'"Redhorse said.

And there has been a push to make sure those votes count, especially among Native American members of Congress.

"There's no secret we've had historical disenfranchisement of the Native American vote and so I think we're all going to be on the front lines making sure that everyone's vote counts," Representative Deb Haaland said.

Representative Deb Haaland, who has a track record of pushing legislation to secure fair access for Native Americans at the polls, says it falls on everyone to care about the voting rights of each other.

"Every single American, every single voter in this country should care if other citizen's voting rights are being trampled on," Haaland said.

Until that day, advocates like Redhorse say they will continue to knock on doors to help voters sort out the hurdles that litter their path to election day. Always leaving them with this message.

"This is your world. You want to live in it and you want to preserve it for your kids, grandkids, great grandkids right? Now's the time for you to make that change. Express your opinions through your vote," Redhorse said.