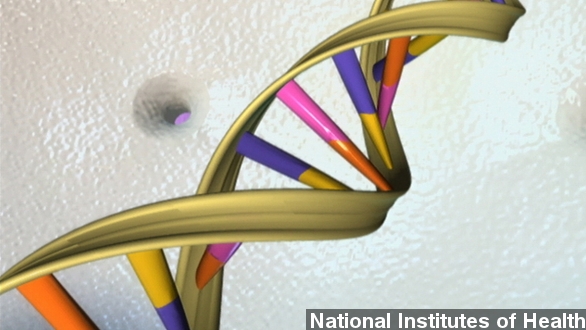 One in five American Latinas has a decreased risk for breast cancer thanks to her DNA, according to new research funded by the National Cancer Institute.

The study, published by the University of California, San Francisco, specifies that it's a genetic variant from indigenous Americans that decreases some Latinas' breast cancer risk by a staggering 40 to 80 percent. (Video via American Museum of Natural History)

The benefit of such heritage is statistically significant, compared to other ethnic groups. The lifetime risk of developing breast cancer is 13 percent for non-Hispanic whites, 11 percent for blacks, and less than 10 percent for Latinas.

This study pushed that idea further, showing that Latinas with some indigenous American ancestry have an even lower risk than those without such roots.

Even though other races might also have indigenous American predecessors, a CNN report in 2011 stated that "since 2000, the number of Hispanics who identified themselves as Native American grew from 407,073 to 685,150, according to the 2010 census."

This growth was mainly due to newfound ties to indigenous populations.

In fact, the nonprofit organization called the Indigenous Cultures Institute was created in 2005 to show people who label themselves as "Hispanic" that they might actually have strong Native American lineage.

This point is not lost on scientists, who found both Native North American and Native South American ancestry in four subsets of Latinos, according to a previous study.

This research comes at a time when the number of Latinos living in the U.S. is growing exponentially. According to the Pew Research Center, as of 2013, Latinos were the nation's largest minority group, and half the entire nation's population growth between 2000 and 2010 was due to the Latino population increase.

The genetic variant that protects these Latinas, found on chromosome 6, still puzzles scientists, who haven't pinpointed how it helps. But the study's lead author called this research both "interesting and important" because it could pave the way to personalized prevention in the future, based on people's DNA.

The National Human Genome Research Institute seems to agree. It cites individualized medicine through genetic distinction as a new frontier, saying, "It has the potential to transform healthcare through earlier diagnosis, more effective prevention and treatment of disease, and avoidance of drug side effects."