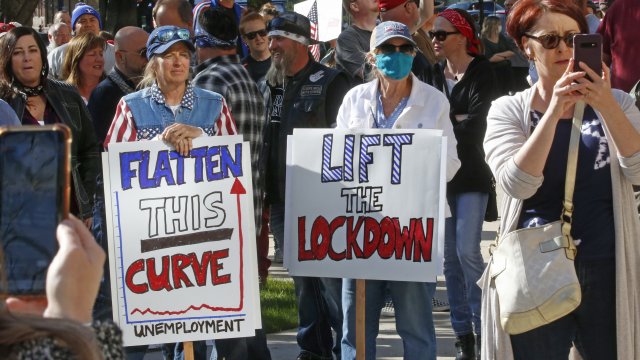 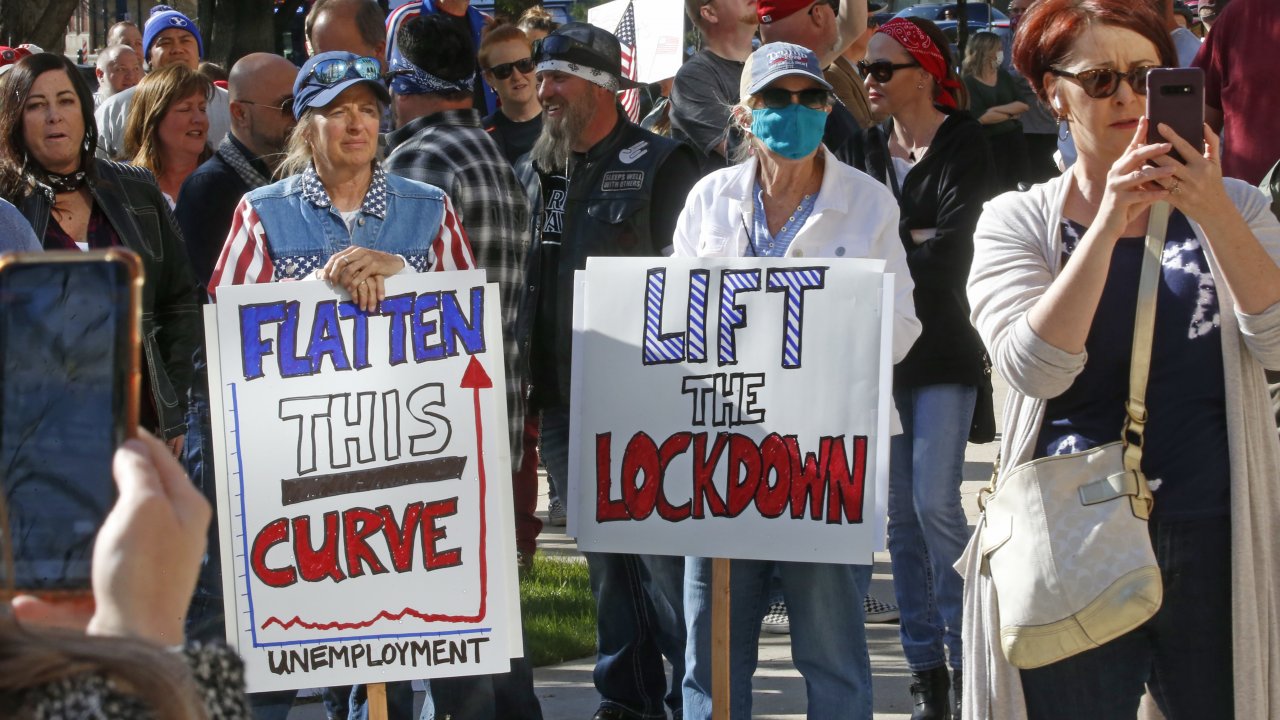 By Andrew Rafferty
April 20, 2020
Getting back to work has become an increasingly partisan issue as protesters descend on state capitols.

The gatherings have drawn comparisons to a political movement more than a decade earlier: the Tea Party.

"It has some resemblances to the very earliest stages where genuinely aggrieved local conservatives were called together and featured by national advocates," said Theda Skocpol of Harvard University.

Skocpol is the editor of the book "Upending American Politics," which examines how recent ideological movements have shaped the country's politics. She says that though the recent protests in some ways resemble those of 2009, the Tea Party's advocacy of economic liberty and small government had a larger appeal than calls to disregard public health officials have.

"They are a minority. And I'm not sure you're going to see the same kind of resonance you're going to see with a broader group of Americans that you did see to some degree — I don't want to overplay this — with the Tea Party," she said. "The Tea Party was always a minority phenomenon. But it probably peaked at about 40% of Americans saying they sympathized with at least some of the goals. And I don't think we're likely to see that because this is a pandemic."

Public polling shows most Americans are willingly complying with guidelines asking them to stay home to prevent spreading the virus. A recent NBC News/Wall Street Journal poll found nearly 60% of the country worry lifting stay-at-home regulations will accelerate the pandemic.

But the fraction of the country calling for restrictions to be lifted have been emboldened, in part, by President Trump.

The protests have taken place in red and blue states alike. But the president has focused most of his criticism on Democrats, like Michigan Gov. Gretchen Whitmer, who he says has done "crazy things" to combat the virus.

"Some of that clearly is campaign fodder," said Seth McKee, a political science professor at Texas Tech University. "He's playing to that base, as he sees it, which is getting anxious about these social distancing efforts."