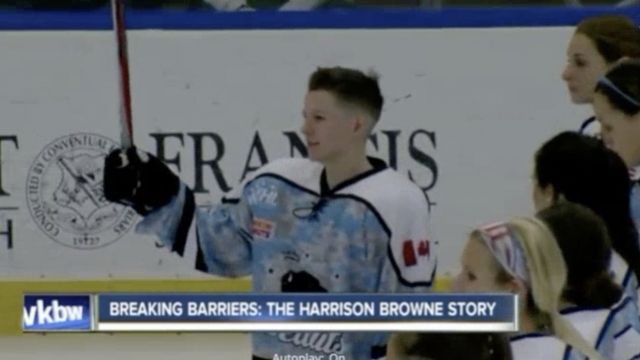 Harrison Browne –– a forward in the National Women's Hockey League –– came out to the public as a transgender man hours before the 2016 season started.

Now, the league has a policy for how he and future athletes who are transgender should be treated.

The rules were modeled off the Olympics' updated guidelines, which no longer recommend requiring sexual reassignment surgeries.

Like in the Olympics, women's league players who were born male will have to prove their testosterone levels are below a certain threshold.

But where the league and Olympics split is with players –– like Browne –– who were born female. The Olympics recommends females who transition to being male should compete in the male categories. In the National Women's Hockey League, if you're declared female at birth you can still play — as long as you don't undergo testosterone hormone therapy.

Browne told the New York Times he isn't considering testosterone therapy until after his hockey career is over.

A Look At Being Transgender In Muslim-Majority Pakistan

The league also respected his request to change his pronouns on the league website.

The National Women's Hockey League is the only professional sports league in North America with a player who is openly transgender.