National Weather Service May Be 'On The Brink Of Failure' 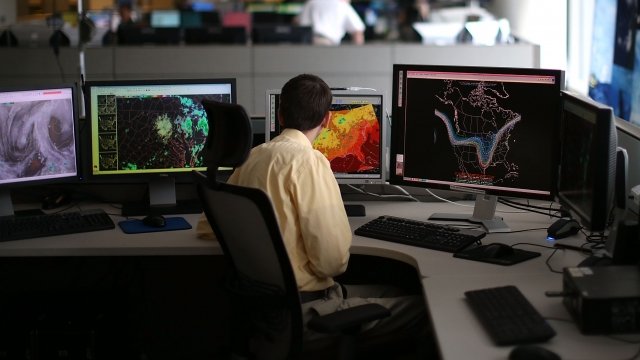 The National Weather Service's labor union says the agency is down hundreds of staff members. And the lack of employees is reportedly casting some dark clouds on its operations.

According to the National Weather Service Employees Organization, there are nearly 700 vacant forecast positions. The union says that because of that, the agency is "close to teetering on the brink of failure."

The organization's president even told The Washington Post, "It's gotten so bad that we're not going to be able to provide service that two years ago we were able to provide to public, emergency managers and media."

The union alleges the NWS' leadership is "incapable of placing their budget priorities correctly" and, therefore, is responsible for the staffing woes.

But, according to the Post, an NWS spokesperson said the agency "would never take an action that would jeopardize the services" it provides to emergency managers and to the public.

The union's comments come after a rough few months for the NWS. 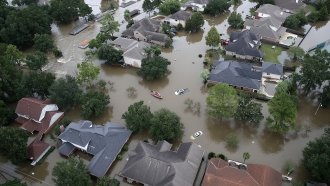 A separate report from the Post last month found the agency had more than 200 jobs it couldn't fill thanks to a hiring freeze President Donald Trump implemented earlier this year.

The hiring freeze was before several major hurricanes and a series of deadly wildfires in California wreaked havoc on the U.S.