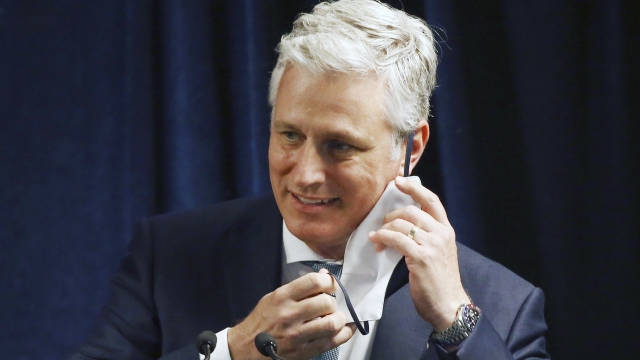 People familiar with the matter told Bloomberg News that O'Brien caught the virus while taking a few days off of work to spend time with his family.

White House economic adviser Larry Kudlow told reporters Monday morning that O'Brien may have contracted COVID-19 from one of his daughters.

"I believe his daughter had caught it beforehand, so, I don't want to say much," Kudlow said. "Robert O'Brien is a dear friend of mine, a wonderful colleague to work with. I'm sure he'll get through this with Godspeed."

The White House confirmed O'Brien's diagnosis in a statement, saying he's currently experiencing "mild symptoms and has been self-isolating and working from a secure location off site." It also said that "there is no risk of exposure" to President Trump or Vice President Pence, and that "the work of the National Security Council continues uninterrupted."